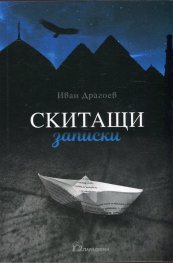 Colleen McCullough was born in Wellington in western NSW on June 1, 1937.

Although she had written poetry and stories from before the age of five and displayed some talent in drawing and painting, the Depression background of her rural working-class family (station hands, they led a nomadic existence until they relocated to Sydney when Col was 12 years old) prompted her to pursue a career more secure than the arts, as she also possessed a pronounced mathematical and scientific streak.

Though doing medicine was her ardent desire, a congenital skin condition prevented her being able to \"scrub\", which in the 1950s meant she couldn\'t intern as a medical graduate.

So she went into science, albeit of a medical nature - neurophysiology, the study of the (usually electrical) behaviour of the nervous system.

She established the Department of Neurophysiology at Royal North Shore Hospital in Sydney, where she remained for five years. The quest for a higher degree led her to the Hospital for Sick Children, Great Ormond Street, London, the chief affiliate of the Institute of Child Health of London University. She also worked at the Midland Centre for Neurology and Neurosurgery in Smethwick, near Birmingham.

During her years in England she suffered the loss of her only sibling, Carl, who was drowned rescuing some women from the sea off the island of Crete in 1965. This remains a great grief.

While at Great Ormond Street she met Professor Gilbert H. Glaser, Chairman of the Department of Neurology at Yale Medical School, New Haven, Connecticut, US. During the course of his sabbatical leave, spent at Great Ormond Street, Professor Glaser became so impressed with Col\'s work and personality that he asked her to emigrate to the US to manage the much expanded research laboratories he commanded at Yale. Col said yes, and off she went to Yale for 10 years. She taught neuroanatomy (of the limbic system in particular), neurophysiology and basic electronics; could pinch-hit for any researcher in running experiments; did all the departmental artwork; trained many technicians; supervised various medical students doing their doctoral theses in neurological research, put some of the research papers into correct English; performed the research neurosurgery and was an early exponent of microsurgical techniques. She also belonged to the departmental \"think-tank\" and introduced the department to the ritual of afternoon tea, including teaching people how to make a super pot of tea on real tea leaves.

However, like most women scientists in her age group, she was always paid about half what her male peers received. As she entered her thirties, misgivings about her ability to support herself adequately in old age led her to develop her skills as a novelist. Painting (another alternative) she decided was not so potentially lucrative, though she did exhibit twice in Connecticut to good reviews.

This economic bind was exacerbated by Col\'s marital status - she was a dedicated spinster with no intention of ever marrying. The union of her parents was so traumatic that it turned her right off any thought of a husband or even a live-in partner; her brother had felt the same. After a childhood spent sharing a room with someone until she left home at 18, never to go back, Col\'s idea of bliss was solitude - she preferred to live on her own. Her deep and abiding love for the US stemmed from two facts: firstly that, even though underpaid, for the first time in her life she could afford to rent a proper apartment with its own private toilet and bathroom; secondly that for the first time in her life she found that her chiefs and colleagues treated her like a mature, sensible and highly intelligent human being - no disciplinary measures for being too friendly to her superiors and inferiors. London was still rather raw in memory.

In 1972 she wrote Tim, her first try at producing a novel for publication. After a remarkably easy transition into print, it was published by Harper and Row, New York, in April 1974, to uniformly excellent reviews. Tim sold very respectably, earning $50,000. Col now had that much-needed extra bit of money.

What she didn\'t count on was the fate of her second novel The Thorn Birds. After a rather unenthusiastic reception from her editor (a woman wise enough not to air her instincts about TTB\'s potential), the book\'s American paperback rights were sold in manuscript for a then world-record figure of $1.9 million. This did not go in entirety to the author: half went to the publisher, then the author had to pay US income tax and agent\'s fees from her half. Which is quite normal. TTB became an international bestseller in over 20 languages and Col\'s career as a neurophysiologist was over. It was impossible, she discovered, to be a useful member of an anonymous profession once her face became too well known.

Fame and fortune brought all kinds of upheavals. One of the least expected concerned her freedom to live on her own. Suddenly it was no longer quite safe to do that. So she set out to find somewhere safe for a famous, lone woman to live. The three remaining members of her tiny family, a mother and two uncles, were growing old; it therefore became desirable to live closer to Australia than Connecticut. The Australian producer/director Michael Pate had just completed his film of Tim (its star a then unknown Mel Gibson) and had commissioned musician Eric Jupp to compose the music for the film. It was Eric Jupp who advised Col to live on Norfolk Island, a three-by-five-mile speck in the Pacific Ocean a thousand miles to the east of Australia, of which it is a dependent territory, not a part. There, said Eric, anyone was safe living on his or her own.

It took Col nearly two years to obtain permission to live permanently on Norfolk Island, which, thanks to its minute size and precarious water supply, must regulate the number of people inhabiting it. She arrived on a Temporary Entry Permit in January of 1980, knowing absolutely no-one. After an exasperating and sometimes hilarious first six months, Norfolk Island turned out to be the ideal place - she could live there on her own in perfect safety. It took her seven years to earn the status of Permanent Resident.

More novels followed: An Indecent Obsession in 1982, A Creed for the Third Milennium in 1985, The Ladies of Missalonghi in 1987 and the series The Masters of Roe, which commenced with The First Man in Rome in 1990. The Grass Crown followed in 1991, Fortune\'s Favourites in 1993, Caesar\'s Women in 1995 and Caesar in 1997. A cookbook appeared in 1981, written in a spirit of rebellion after a publishing marketing director told her that it was beneath the dignity of a major novelist to write a cookbook. Red rag to a - cow?

Norfolk Island was to provide more than merely a haven for Col. On Friday the thirteenth (always a lucky day) of April, 1984, she married a native Norfolk Islander, Ric Ion-Robinson, a direct descendant of Fletcher Christian, William McCoy, John Adams and Matthew Quintal of Mutiny on the Bounty fame, as well as of a larger number of Tahitian Polynesians. Ric is a painter, growing the Kentia palm (the world\'s favourite indoor plant) for its seed, which he germinates and sells as plantlets to huge nurseries in Holland, Belgium, Sicily and Teneriffe. At the time of writing, March 1998, he is also a minister in the Norfolk Island Government, with responsibility for community and resource management. In almost 150 years of Pitcairn-descendant occupation of Norfolk Island, these remarkable people have produced a deficit budget in their conduct of government. They receive no aid from Australia (which limits its Norfolk Island spending to things it says it owns, like the National Parks and the Administrator) and obtain their income without resorting to direct taxation, spending as frugally as wisely.

Col\'s hobbies include drawing, painting, cartography, architectural drawing, astronomy, reading scientific and medical journals, history, cooking and music. Her one regret is that there was never the money to learn a musical instrument; the one instrument God gave humankind, the voice, in Col\'s case is a disaster. People have been known to attempt to get out of a car moving at 40 mph when she opens her mouth to sing her party piece, The Last Rose of Summer.

Nothing daunted, Col embarked on yet another career, as the Words side of the Words and Music partnership. This started some seven years ago with a collaboration between her and the American composer, Michael Colicchio, aimed at adapting her novel Tim into a musical. Though the work was completed, the collaboration was not a success and the project lapsed. Col wouldn\'t consent to the composer\'s lyrics, the composer wouldn\'t consent to Col\'s lyrics. But she did learn the difficult art of writing song lyrics during her time with Colicchio, as well as how to create a musical play for the stage. When Bruni arrived on the scene four years ago, Col was confident enough of her Words ability to agree to collaborate with Bruni on a musical version of The Thorn Birds. An operatic diva with two Doctorates from Munich University, one in medicine and one in music, Bruni approached Col with the project. They finished it very recently and are talking to an Austrian entrepreneur about producing it, perhaps in Vienna or at the EXPO 2000 in Hanover.

In the meantime, Col started another collaboration, with the Australian composer and musical director, Max Lambert. They are currently working on an original idea of Col\'s, a very Australian-flavoured opus entitled Mrs Delvecchio Schwartz. It is very different from the musical of TTB and permitted her to write a different kind of lyric. Though not completed, there is already considerable interest in Mrs Delvecchio Schwartz.
Col has never lost interest in her medical and scientific pursuits, which she maintains not only by reading journals and talking shop with old colleagues, but also by active participation the only way she can nowadays. She is patron to a number of sciento-medical organisations, though none of them is \'popular\'. Rather, they are bodies which deal with areas of scant popular appeal: incontinence, old age and, of course, neuroscience. 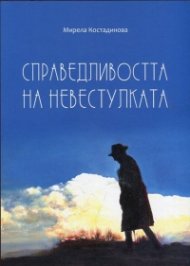 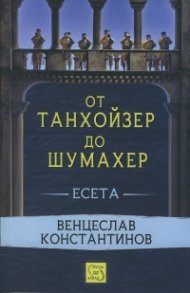 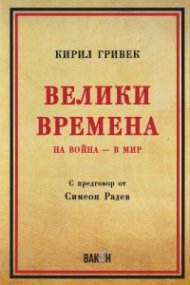 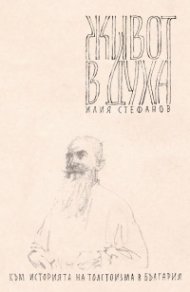 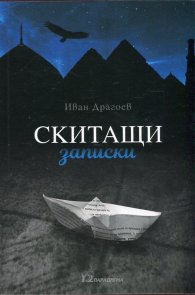